Please click the flag to go to the English site version.

The history of the rabbinical building

Jews lived in Braunsbach for more than 350 years – from the beginning of the 17th century until 1942. In 1832, the village became the seat of the district Rabbi. Braunsbach was the village with the most Jewish inhabitants in the district, and the local Rabbi had long been responsible for the surrounding parishes in the area of today’s district of Schwäbisch Hall as well.


The building was erected by Chaim Hänle / Henle in the middle of the 18th century. He lived from 1761 to 1826. Like his father-in-law Falk Salomon / Schlommel, he was a court factor of the Prince of Hohenlohe-Schillingsfürst. In the year 1834, his widow sold the house to the Jewish parish of Braunsbach which left it from then on as office and home to the Rabbi of Braunsbach, who was at the same time one of 13 district Rabbis in the Kingdom of Württemberg. The Israelite denominational school was housed as well in the basement of the building. This was, apart from the synagogue and the cemetery, one of the three most important places of Judaism in the wider area. In 1913, the seat of the district rabbinate was moved to Schwäbisch Hall. In 1923, the school had to be closed due to the insufficient number of pupils. However, it was reopened in 1936 as district school for Jewish children from Braunsbach, Schwäbisch Hall, Dünsbach and Künzelsau.


After the deportation of the Braunsbach Jews by the National Socialists, the rabbinical building changed hand several times. In 1999, the house, which was by then protected as a historic monument and where many architectural traces of the former inhabitants have been preserved, became the property of the municipality.


In the year 2004, Hans K. Schulz and Wolfgang Kuhn, together with committed citizens from Braunsbach and Schwäbisch Hall, founded a support association for the conservation of the landmarked house. In the following year, the municipal council decided to renovate it. The construction work was finished in 2007. An early childhood care, the so-called “Wichtelnest” (gnomes’ nest ) was installed on the first floor. Mrs. Elisabeth Quirbach designed the Rabbinatsmuseum and set it up together with Hans K. Schulz, the Chairman of the support association and other dedicated members. In April 2008, the museum was opened in the basement. Elisabeth M. Quirbach became the leader of the museum. A couple of years later, the municipality gave the former coach house next to the building as a room for special exhibitions. 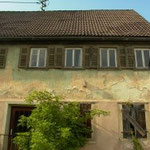 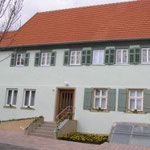 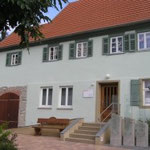